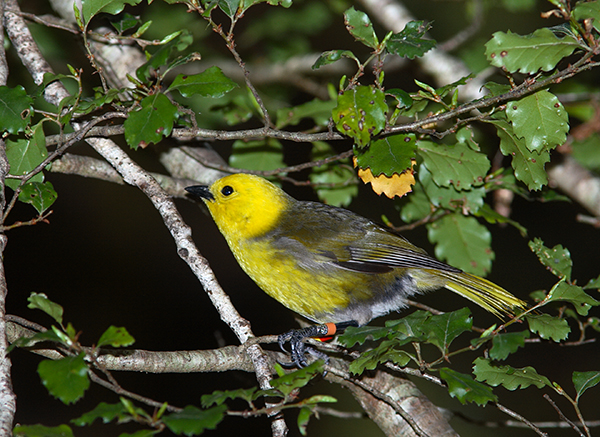 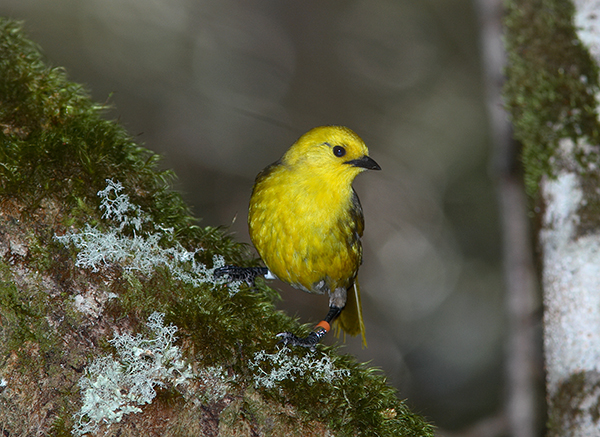 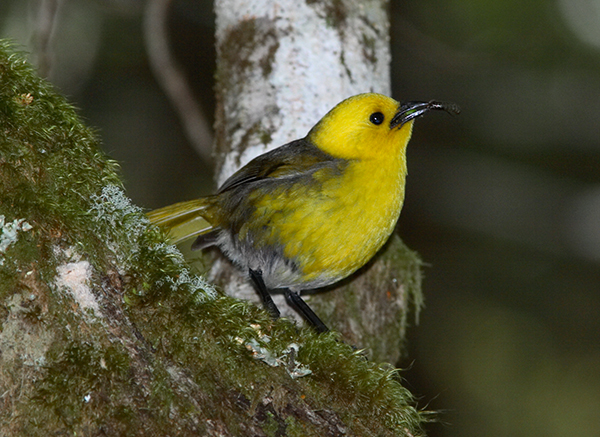 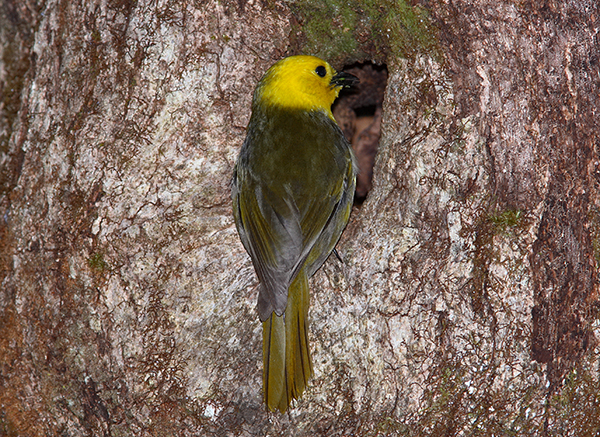 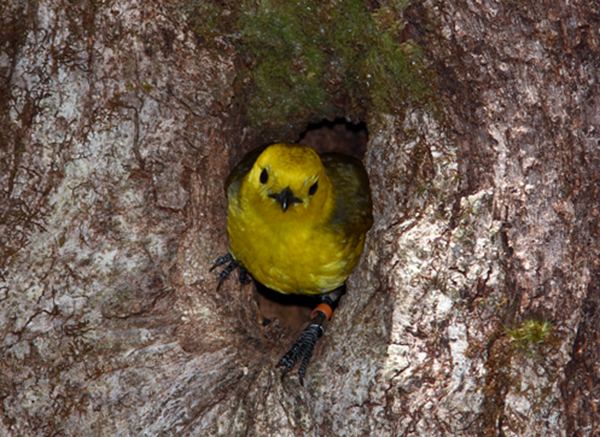 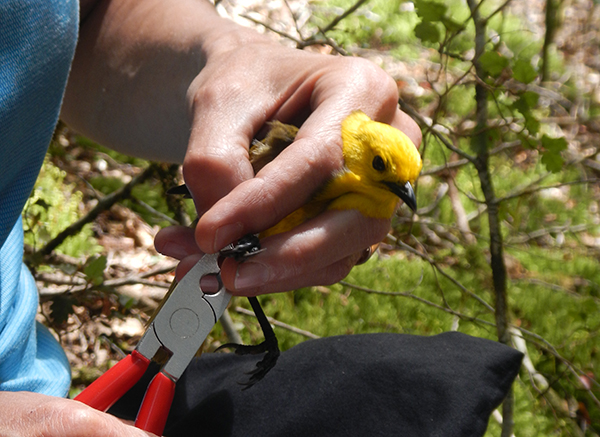 Mōhua are listed as nationally vulnerable under the New Zealand Threat Classification System and occupy less than 3% of their original range; their remaining core populations are fragmented. They once inhabited podocarp-hardwood forests (rimu, totara and miro) but now are found only in beech forests with fertile soils where they can find plenty of food. The Dart-Caples valleys have one of the three largest remaining populations, about 25% of the total national number.

When Europeans first arrived in New Zealand the species was plentiful, but forest clearances and the introduction of rats, stoats and possums had a devastating effect on mōhua survival.

Hot summers can trigger large amounts of beech seed production which in turn increases rat and stoat numbers. Mōhua nest in holes in tree trunks from which they cannot escape when a rat or stoat climbs in.

Mōhua are found locally most often in the bush on the true left of the Dart Valley above Chinaman’s carpark.

It is one of the target species in our Routeburn Project. 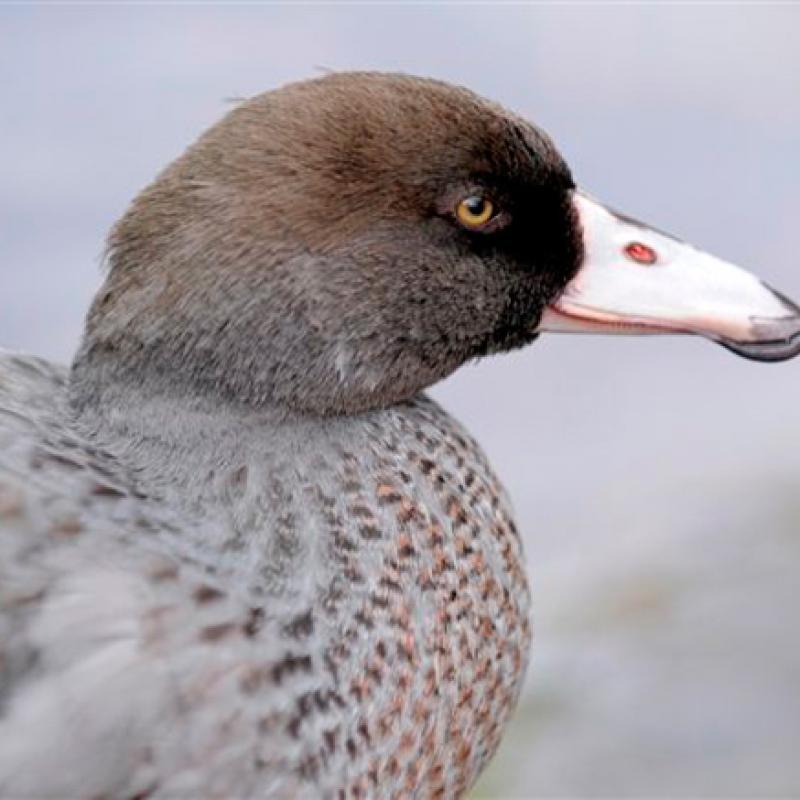