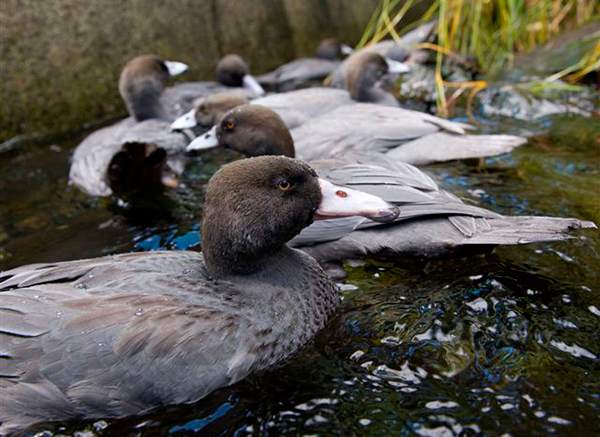 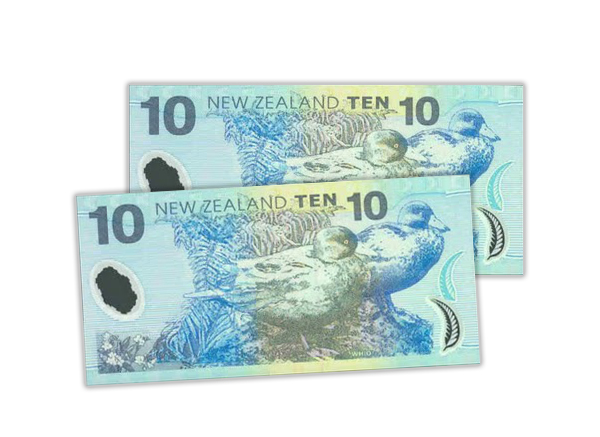 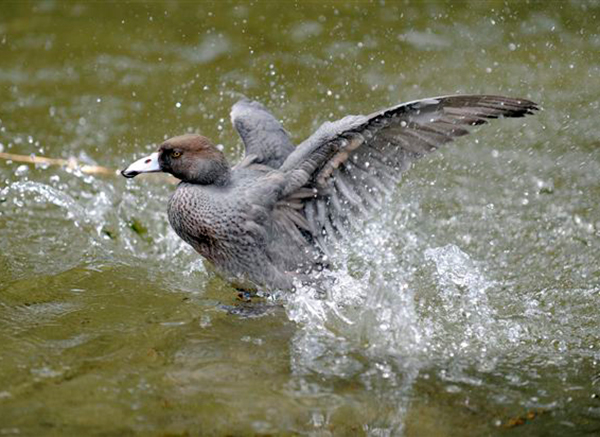 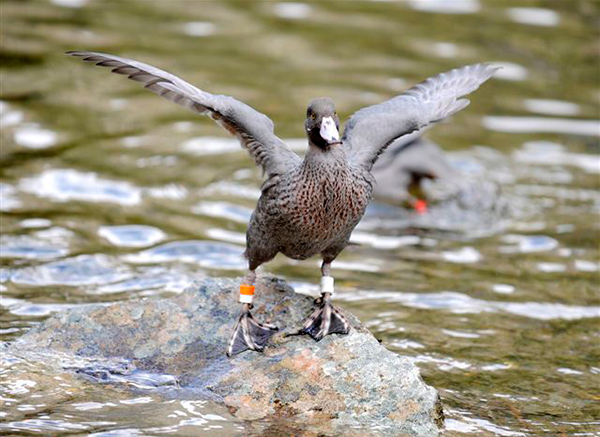 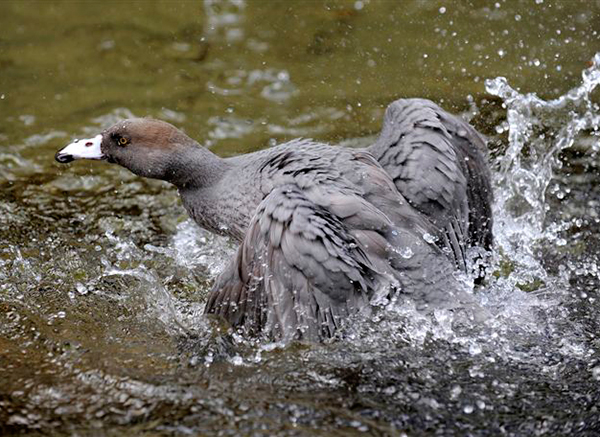 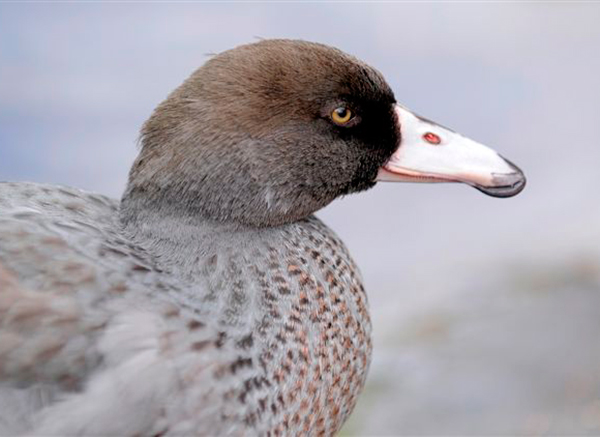 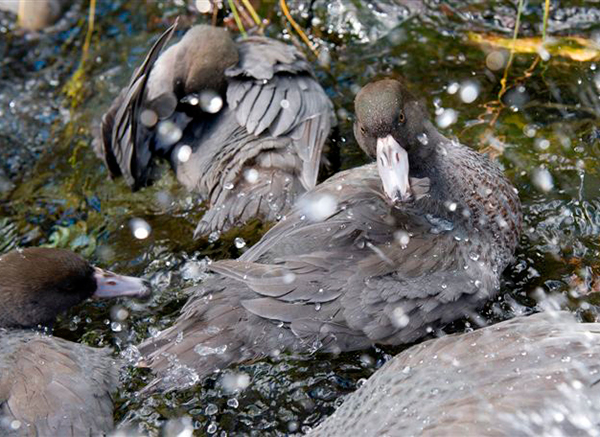 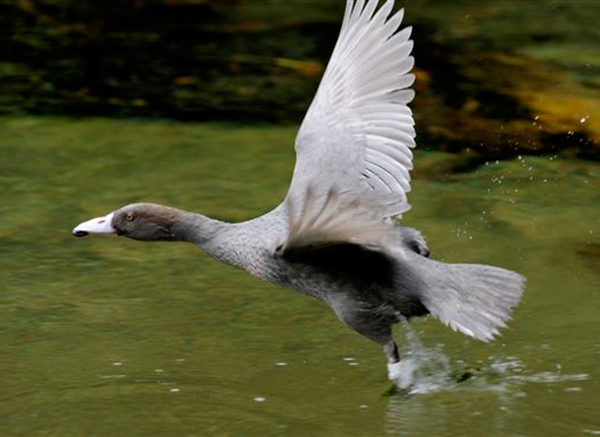 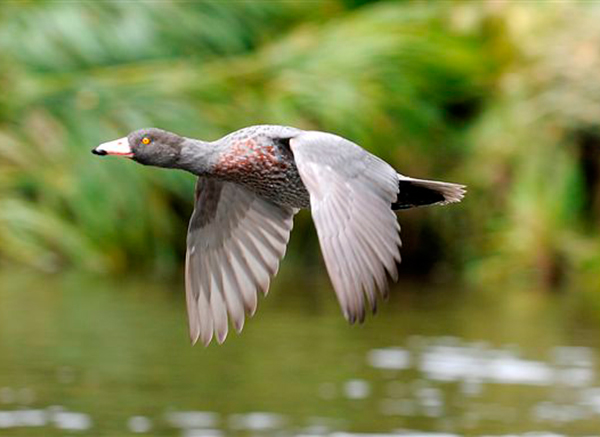 Whio are listed as nationally vulnerable under the New Zealand Threat Classification System, with populations falling in unprotected areas. A recent estimate, based on surveys and site records, provided a national figure of approximately 2500 individuals (O’Connor et al. 2004). Unlike some endangered bird species, blue ducks cannot simply be transferred to off-shore islands to ensure their viability as they need large areas of quality, fast flowing riverine habitat for their aquatic larvae food source. Floods destroy their nests, fragment broods and wash away their food. Their habitat and diet makes them a good marker for a healthy river eco-system.

Pairs occupy approximately 1km of water – so they need a lot of river to sustain a large population and they fiercely defend their territories, making it difficult to put them with other ducks in captivity. Their continued survival is mainly dependent on protection of secure source populations in mainland New Zealand.

Whio are predated by stoats, ferrets and cats; they are most vulnerable at nesting time (when eggs, the young and females are vulnerable) and also when females are in moult and can’t fly. Extensive trapping can manage these predators and work in key whio habitats by DOC and Genesis Energy on the Whio Forever Project has already seen an increase in whio numbers.

A recent survey reported only 2 birds in each of the Routeburn, Rockburn and Beansburn Valleys. Securing these valleys from stoat predation means that new birds can be re-introduced with confidence.

Möhua are found only in beech forests with fertile soils where they can find plenty of food.

Kea, the well known, cheeky, high country, South Island parrot, is one of the world's most intelligent birds.

Kaka are large parrots that are mainly limited to a few forest strongholds in the central North and South Islands.

LEARN MORE
I recently hiked the Routeburn Track and was very impressed by the work you have taken on to protect birds
Kathy
UK
I recently visited the area around Glenorchy and walked the Routeburn to the second hut. I saw and heard some lovely birds. Keep up this crucial work.
Daniela
Germany
Fantastic work guys!
Sal
USA
Congratulations on your projects. The birds are beautiful
Luis
Spain
Kiaora. Just spent a few days in Glenorchy and read about you. Go birds!
Paula
NZ
$ 700